The 4 Reasons I Left Microsoft To Join ENAVATE

While it's true that I have spent the past 18 years or so working at two of the world's largest software companies, not too long ago I decided to leave one of them and join a startup in Denver.

I worked for SAP from 2000 until 2014.  While I was there, I became an expert in Wholesale Distribution.  SAP grew their wholesale distribution practice exponentially during this time and I was along for the ride.  However, in 2014, an opportunity to do the same at Microsoft was too appealing to resist.  Microsoft was building an industry practice in several key industries and brought me on to help drive their partner channel in the United States by:

I thought I would be starting from scratch.  Most companies and people that I worked with at SAP had no idea that Microsoft was a player in the Wholesale Distribution industry.  There was no apparent market penetration compared to the incumbent software providers like Infor (SX), Epicor (Prelude, P21, Eclipse), SAP, and Oracle (JD Edwards).  However, when I came on board, I learned that there were very few VAR's in the US that had made any serious investment in their Wholesale Distribution offerings and were ready to take off. 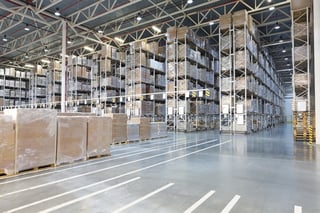 We spent the next couple of years reviewing and refining their offerings and how they could best provide valuable solutions to wholesale distributors.  We were doing a pretty good job and I wasn't alone.  In the time since then, all but one of those companies has been acquired by one multinational consulting firm or another.  Those firms saw what I saw;  A market opportunity to bring the Microsoft Dynamics platform and technology to the wholesale distribution industry was just too good to pass up.

The one company that wasn't acquired was ENAVATE.  ENAVATE approached me to help them drive their vision of Dynamics 365 for Wholesale Distributors forward.  So, after spending almost 20 years in large companies, why did I make the move?

I'm so excited to bring the future of wholesale distribution enterprise software to the Microsoft community.

About the Author - Matt Petersen

Matt Petersen is a Senior Director of Industry Solutions for ENAVATE and has spent his entire career in the enterprise software industry. Matt was a founding member of the SAP for Wholesale Distribution Industry Business unit and in 2014, he joined Microsoft to lead the U.S. Dynamics Retail and Wholesale Distribution Industry practice. Matt joined ENAVATE's leadership team in early 2017.

Matt has a Bachelor's Degree in Economics from the University of Illinois in Urbana - Champaign and a Certificate in Distribution Management from Texas A&M as well as a Certification from INSEAD in Business Strategy and Financial Acumen.