Ukrainian Children Deserve to Dream – How You Can Help

One of the most notable ways our team members have rallied together is with our efforts to support Ukrainians during their ongoing war with Russia. Enavate’s commitment to the Ukrainian community is personal to us as a business and our team members, especially those who call Ukraine home.

Enavate team member Maksym Synenko and his friend, Max Stramtsov, organized and ran a one-day ultra-marathon to raise money for children who lost one or both parents in the Russo-Ukrainian War. They want to ensure these children wake up with gifts on St. Nicholas’s Day. After all, taking care of a child’s spirit is part of taking care of their physical well-being. The two are intertwined, not mutually exclusive.

The Russian Invasion’s Impact on Children

According to the United Nations, the Russian invasion and ongoing war has resulted in over 5,000 Ukrainian civilian deaths. Those injured and killed are men, women, parents, grandparents and, most heartbreaking of all, children.

The future remains scary and uncertain for children who survived but are now orphans. With the holidays approaching, there is little doubt that the void they feel without their parents will be amplified.

Before the Russian invasion, Ukraine had over 100,00 children living in institutions. Approximately 90% of them were “social orphans,” children with parents who didn’t have the resources to care for them, according to Reuters. Now that Ukraine has endured nearly a year of attacks, two out of three children in Ukraine are displaced.

These children have experienced a nightmare that no one should endure, and their spirits need care. 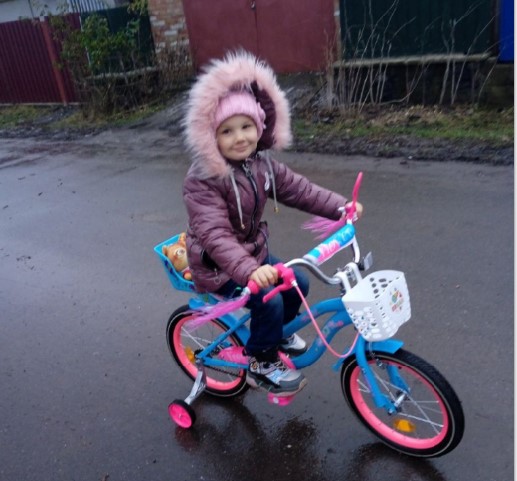 This is one of the many children impacted by the Russian invasion in Ukraine and who was given the gift of a being a child again, even for a few moments on her new bike.

How Running Is Bringing Hope to Ukrainian Children

On November 5, 2022, Synenko and Stramtsov set out at 6:00 AM in the cold with the goal of helping Ukrainian children. They documented their 87-mile (140 km) run from Zhytomyr to Kyiv online with video updates, posts and words of inspiration. 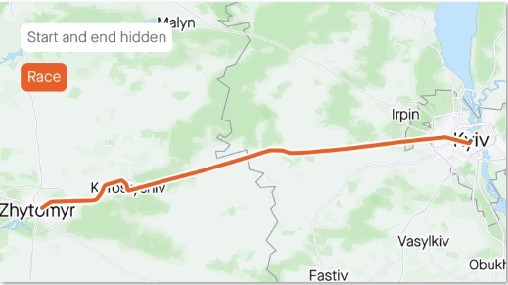 From one Enavate office to another, Synenko and Stamtsov pushed through darkness and weather, sometimes with just the rhythm of their stride to keep them going. After an impressive 17 hours and 2 minutes, they crossed the finish line at Independence Square in Kyiv where Enavate team members greeted them with an outpouring of love and support for their efforts. 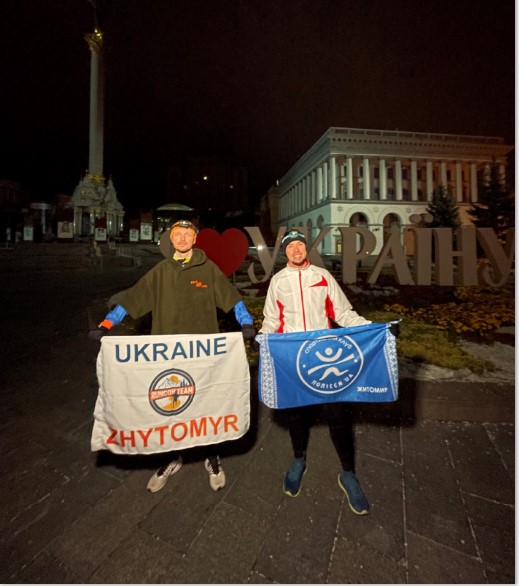 Synenko and Stamtsov in Kyiv’s Independence Square after their ultra-marathon.

Synenko and Stamstov were inspired by the Narodny Tyl Rehabilitation Fund and Martin Brest, who have been involved in this work for several years. However, the demand is great with the increase of Ukrainian children who are now orphans. Funds that used to be enough are now barely scratching the surface.

In past years, and as it will work this year, children write letters to St. Nicholas, also known as Santa, and express their dreams and divulge their wishes. On December 6, they wake up with gifts that reflect their hearts’ desires. These gifts are often facilitated by their parents. Without parents and with the country still under attack, this magic is more difficult to achieve, but it is not impossible. The funds raised will go directly to children who lost one or more parents this year because of the Russo-Ukrainian War.

Synenko’s and Stamtsov’s ultra-marathon has raised over $3,400. There is still time to assist and strengthen childrens’ spirits before St. Nicholas’s Day on December 6. As Synenko and Stamtsov said, “not all of us can run 87 miles or hand-deliver food and water to those in need, but if we can donate to strengthen the spirits of these children and bring them a few minutes of joy in this ongoing war, then we should seize that opportunity.”

“Together we can make someone’s dream come true.” – Thomas Ajspur

If you are able, please donate here:

Ukrainian Children Deserve to Dream – How You Can Help

There are three categories of runners: people who run only when they absolutely have to, those who run for fun and those who run to make a difference. At Enavate, our global... END_OF_DOCUMENT_TOKEN_TO_BE_REPLACED
Microsoft Dynamics GP
November 19, 2022

In Microsoft Dynamics GP, there are often multiple ways to perform the same task. At Enavate, we’re all about less clicks and working smarter, not harder. We’re hosting a... END_OF_DOCUMENT_TOKEN_TO_BE_REPLACED
Microsoft Dynamics GP
November 11, 2022