At Enavate, we are a global company, and our empowerment journey has taken us across the globe, and has been a learning process for all of us.

One of the most important lessons has been how differently team members in our locations respond to the idea of empowerment. Those distinctions can be seen across cultures, as well as age groups, and even job descriptions. And that has meant that we have had to tweak and adjust the process of implementing empowerment for various cultures and teams. It also means different locations and teams will proceed with empowerment at their own pace.

A perfect example of this occurred when we held a meeting in Kyiv to launch the transition to empowerment with our Ukrainian team.

During that meeting, one person in the office said, “This is scary. We have to make our own decisions? Can’t you just tell us what to do?”

There could be several explanations for that reaction. First, that team member was a developer, and some in that job may be more introverted than, say, someone in sales.

But cultural differences may have played a role in that response, too.

“In Ukraine, traditionally, power is granted from the top. And it’s a common thing to criticize and complain about decisions made by the leadership,” said Oleksandr Baranov, who works out of Kyiv.

Complaining about the leadership is a hobby among workers in every culture. But Oleksandr and Nastassia Sablina, who lives in Minsk, agreed that tendency may be a bit more noticeable in Eastern European countries. “Our culture is centralized and conservative, and the approach is top-down,” Nastassia said.

She said many fellow Belarusians can be cynical and pessimistic. So, believing they actually have the authority to make decisions, and that they can impact the direction of their company, may be difficult.

“Few other companies in (Belarus and Ukraine) have this empowerment. So, people are pessimistic. They are amazed and want to know, ‘Will it work or not?’”

That skepticism, and critical questioning, has meant that we have held more conversations, more roundtables, in our Eastern European offices. But that has been a good thing – those questions have forced us to stay sharp, and in some cases, to address issues we hadn’t previously considered. In that way, the entire Enavate team has benefited.

I have found workers in the United States don’t question what their bosses are saying as much as their counterparts in Eastern Europe. That doesn’t mean workers in the United States don’t complain. But the grumbling often stems from a feeling of too much responsibility and not enough authority, said Mark Heyvaert, who is based in Utah. In his U.S. office, as the empowerment rollout progresses, “there is a learning curve as people are transitioning” to greater autonomy and adjusting to feeling they are more trusted with decisions.

It may also take a while for team members to feel comfortable being honest with their opinions, and with openly admitting mistakes without fear that their status will be affected.

Regardless of culture, it can take time for team members to adjust to greater autonomy and more decision-making authority. Oleksandr said he has found he still wants to confer with colleagues, and sometimes that includes managers. “But I try to formulate my questions as asking for advice, not for direction.”

Oleksandr, Nastassia and Mark said that the transition to being empowered team members has taken some getting used to. But overall, all three said they appreciate the benefits of empowerment.

“It’s more collaborative and more productive, because we’re not just waiting for the manager to make a decision,” Mark said.

Nastassia said that, looking back, she can see that at her last job, “it was difficult to work there. I was criticized, I was told what to do. I couldn’t realize my potential.”

The cultural DNA team members brought to their jobs influenced whether their initial response to empowerment was enthusiasm, discomfort or something in between. But once we understood that, we fine-tuned our empowerment roll-out process.

Team members may embrace empowerment at their own pace, but regardless of geography and background, we all are moving toward the same goal: everyone feeling empowered, trusted – and invested in the company’s success.

About the Author Thomas Ajspur 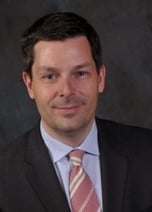