Okay, now that I have your attention...

What does Getting Naked really mean? And no, it is not some Danish leadership practice, even though some of my non-Danish leaders think we are a bit too liberal.

Getting naked is about being open, vulnerable, having other people understand who you are, ensuring your team members know your unique strengths and weaknesses.

Back in December 2014, I founded my company ENAVATE by acquiring a US based company and an Eastern European based company then merged the two companies well aware of my own Danish background. As with all mergers, acquisitions and startups, it is a bumpy ride. 6-10 months ago, I rebuilt my leadership team as some of my previous leaders and others were asked to leave. Basically, I needed to rethink my strategy based on the first 12+ months learning's.

It took me 6+ months to find the right leadership team, some of the leaders are new to the organization and some have been promoted internally. At every leadership meeting where all are physically present, I start the meeting with this slide: How are we doing as a leadership team?

At every meeting we agree where the circle should be, we discuss why we should move it and what is needed to move towards Performing. Always leads to a healthy discussion!

The last couple of meetings, I felt that we were closer to Forming or Storming, something was missing - we simply didn’t go deep enough. We are very supportive of each other; however, I wanted to see more constructive conflicts, higher accountability and lastly, I wanted everyone to open up and be comfortable speaking their mind.

What was the problem? We were a new team and hadn't spent enough time getting to know each other. Therefore, I decided to focus on team building during my 2017 Strategy meeting with the leaders during a two day session.

We completed one exercise where I used simple tactics that I will discuss in another blog post, coming soon. Then, I presented a slide with what I felt was the most important from a leadership team perspective – building a cohesive leadership team.

How do we recognize if we are a cohesive team?

How do we build a cohesive Leadership team?

So where should we start? Now the Getting Naked principle comes in! I told my team that I would introduce an exercise the next morning, an exercise that would help the team to open up without being specific.

Using a scale from 1-10 with 10 being the most effective and beneficial leadership meeting, I would rate the first day as a 7. So, I was curious how the second day would go as people began to become more aware of the issues.

Essentially, there are three exercises:

I started with exercise one, without the leaders knowing what was coming next. I didn’t want them to analyze too much and become hesitant of providing candid feedback if I told them what the remaining exercises were.

Instructions on how to execute with your leadership teams:

Dependent upon how many leaders are on your team and how deep people go with their insight, the exercise should take about one to two hours.

Our experience at ENAVATE was an unbelievable exercise with a result I could only dream about! We have twelve people on the extended leadership team inclusive myself, so a ton of great feedback.

When we went around the room providing feedback on the individual, I was the first up to be on the receiving end of the feedback. It is very important that the CEO goes first, to set an example that you are willing to be vulnerable enabling the rest of the team to not hold back and open up.

We started with the positive feedback and when the eleven leaders were finished, I had to reflect on the feedback and provide a one sentence reaction. I was at a loss of words and ended up saying, "thank-you". For me personally, it was great to hear feedback and understand what my fellow leaders appreciate about me. They say it is cold on the top when you are the CEO, so it is not often that we receive open and direct feedback. (Well, if we screw up we will know. :) ). Then, we went around the table with all the other leaders and I was amazed at what a warm and open environment the exercise created. Lots of great feedback and a lot of humor.

Then came the next exercise and the smiles disappeared as everyone guessed what was coming. Again, I was the first one receive the improvement feedback and while some of it hurt, it was nice to understand how my leaders perceive me and they provided very strong input on areas I can improve. This time I was able to give them a deeper reaction versus just a thank you. I let my leadership team know I really appreciated their feedback, both the good and the bad. I also told them that it is very important that they are not afraid to provide me feedback since I can only improve if I know where to focus.

After all leaders received their feedback, we reflected on the exercise. It was interesting to see how each leader received very similar feedback from the entire team, both the good and the bad. That means that we are seeing the right things and the leader knows where to focus on improving.

Now, my leaders understand my weird getting naked comment!

How did the rest of the day go? Even though we had a fairly good day the previous day, this exercise changed the rest of the day in a positive manner. We were not afraid of challenging each other, engaging in constructive conflicts, and we saw even greater support. The rest of the day was more passionate, intense and at the same time, we had good fun. We were all exhausted at the end, which is a good thing.

The benefit of the exercise we did was much more than just sharing information and providing feedback. The biggest benefit is that my leadership team is now beginning to hold one another accountable which will make us more productive. I am confident that we will moving the circle towards Performing during our Forming, Storming, Norming and Performing status at our next meeting in February.

About the Author - Thomas Ajspur 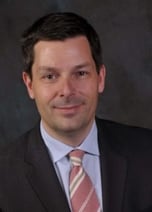