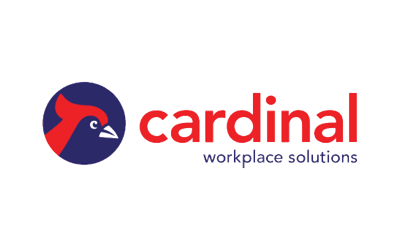 I know good software when I see it. It meets all our needs and more. If I didn’t have these websites, I wouldn’t be in business.

In more than 60 years in business, Cardinal Workplace Solutions has grown to become the largest independent dealer of office products in Kentucky and southern Indiana, operating 33 national distribution services.

The office products industry was among the first to recognize the opportunities provided by eCommerce. eCommerce sales continue to outpace brick-and-mortar in this segment, a sure indicator of the ongoing shift to digital. An eCommerce solution is critical to compete in this market.

An ever-increasing share of sales within the $13 billion annual office products industry is generated and supported by eCommerce, and Cardinal is no exception, said company President Kirk Ramsdale. With 75 percent of the company’s sales generated online, Cardinal relies on ENAVATE’s Customer Connect eCommerce solution on Microsoft Dynamics AX to deliver a fast, efficient, user-friendly eCommerce system and considers it essential to the company’s sustained growth.

Making Do with Another Industry’s System

The office products and office furniture industry were among the first to migrate large portions of its sales to eCommerce, and Cardinal recognized the advantages of making that move early on.

However, the company’s eCommerce initially was conducted through a solution that was not designed for the office products industry. Tweaks and add-ons allowed the system to adequately function for several years, but there were shortcomings.

As Cardinal grew frustrated with the system’s limitations, the company received word that the developer of its existing solution would soon cease support for its cloud customers. “So, on short notice, we had to find another system,” Ramsdale said.

Embracing an Industry-Specific Solution with Microsoft and ENAVATE

For Cardinal, the need for a new solution presented both a challenge and an opportunity to increase customer satisfaction. “We needed a good website, one that integrated with the back-end system. It had to be able to handle everything – from customers’ orders on the front end to sourcing and bill collection on the back end,” Ramsdale said.

What’s more, the solution had to be smooth, fast and intuitive for customers. After making a few calls, it quickly became clear to Cardinal that migrating to Microsoft was the answer. With support for its existing system about to expire, Cardinal not only needed a new solution, hopefully, one tailored specifically to office products sales, it needed that new solution fast. Cardinal was able to achieve both with ENAVATE’s Customer Connect eCommerce.

To compete in this day and age, you have to have a website people can order from easily, and it has to be efficient.
Kirk Ramsdale President, Cardinal Workplace Solutions

The solution takes advantage of the power of Microsoft Dynamics and marries it with customizations for office products sales and distribution. Cardinal’s migration to Dynamics AX was exceptionally smooth, and the result was an improvement Ramsdale describes as “like night and day” from the previous solution. With the previous software, “they tried to configure a complex system to take care of office products dealers, and it never really worked,” Ramsdale said. “With ENAVATE, it’s been the total opposite”.

The ENAVATE Customer Connect eCommerce solution offers a modern web experience to end-users. In addition to features that most buyers expect today, the solution helps dealers present an updated look and feel that is also easy for users to navigate.

“We have more than 50,000 products. Customers want to be able to access any one of those with a couple of clicks. Our website has to be searchable quickly and efficiently.” If it’s not, customers – which include the state government of Kentucky – will go to one that is.

“To compete in this day and age, you have to have a website people can order from easily, and it has to be efficient,” Ramsdale said.

The omnichannel experience ENAVATE Customer Connect eCommerce offers is important, balancing B2B and B2C features as well as self-service with distributor support when needed with the Sales Rep Connect. The ENAVATE solution provided the functionality to support a great customer experience for Cardinal that Cardinal’s previous system did not, including:

Cardinal’s relationship with ENAVATE continues, and Ramsdale is grateful for ENAVATE’s ability to easily solve the few bumps that arise with any system. “They are very responsible, very knowledgeable and always get me an answer in a timely manner”.

Ramsdale said he is a veteran of three or four conversions over the course of his career. “I know good software when I see it. It meets all our needs and more,” he said. “If I didn’t have these websites, I wouldn’t be in business”.